Kingston was the fifth town to be established in New Hampshire. In 1694, King William of England granted a royal charter establishing the town of "Kingstown", so named in honor of the King. Use of the title rather than the King's name was common at the time.

The Kingston historic district encompasses the town center of Kingston. Historic buildings within the district include the Kingston town hall and the Josiah Bartlett House, home of the second signer of the U.S. Declaration of Independence. Historical industries included charcoal manufacturing in which became a major business in West Kingston. Also many individuals manufactured shoes in their small, one-room shoe shops. These individuals constructed the whole shoe, hand-sewing it with an artisan's touch. 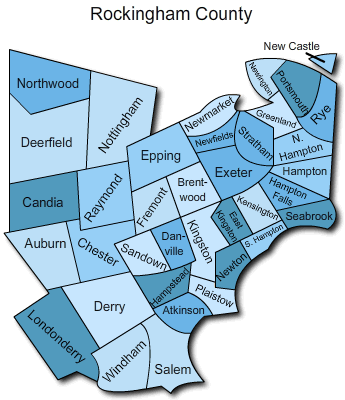 Copyright 2020 New England Real Estate Network, Inc. All rights reserved. This information is deemed reliable, but not guaranteed. The data relating to real estate displayed on this site comes in part from the IDX Program of NEREN. The information being provided is for consumers' personal, non-commercial use and may not be used for any purpose other than to identify prospective properties consumers may be interested in purchasing. Data last

OUR MISSION STATEMENT: Our philosophy is simple: clients come first. We pledge to be in constant communication with our clients, keeping them fully informed throughout the entire buying or selling process. We believe that if you’re not left with an amazing experience, we haven’t done our job. We don’t measure success through achievements or awards, but through the satisfaction of our clients.