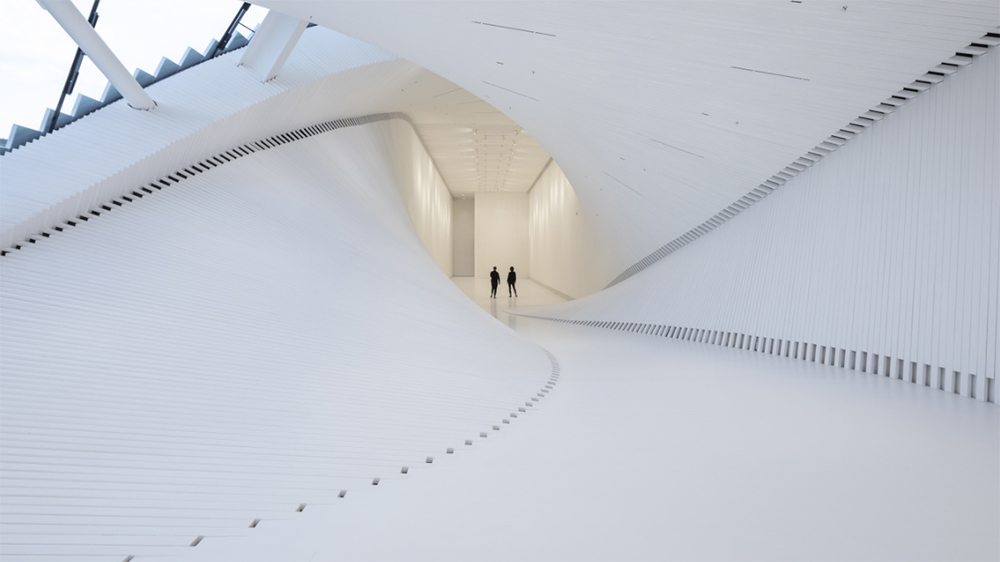 Designed by Bjarke Ingels Group, the enclosed structure dramatically torques 90 degrees over the Randselva river, appearing to almost roll over upon itself 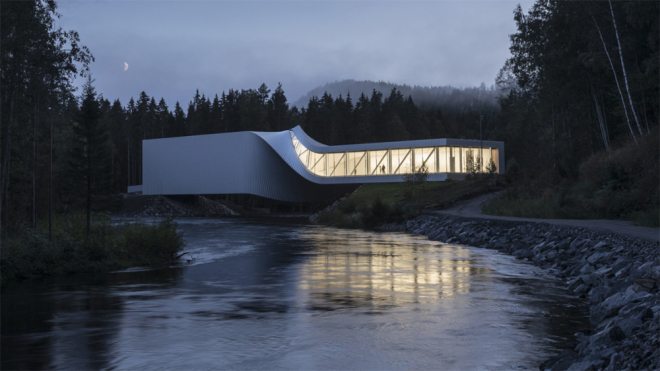 Unless they’re massive, people tend not to give bridges too much thought. But a new one in Norway may change that. Designed by the Danish architecture firm Bjarke Ingels Group, the visually striking bridge is a twist on the age-old structure—literally.

Completed earlier this year, BIG’s enclosed bridge spans the winding Randselva river that runs through Kistefos Sculpture Park in the southern city of Jevnaker. Entitled The Twist, the aluminum building violently torques 90 degrees over the water, appearing to almost roll over upon itself.

Built around a historic pulp mill, the structure links together the major sections of the park, allowing visitors to walk through the works of artists like Anish Kapoor, Olafur Eliasson and Yayoi Kusama uninterrupted. While the look of the bridge may stop people in their tracks, nothing about its actual design will. Visitors cam make their way from one end of the passageway to the other easily, and the bridge’s aluminum panels are arranged in a way that creates a fan-like effect.

But the bridge’s actual twist is far from the only surprise it has in store for park visitors. In addition to providing panoramic views of the Randselva from its floor-to-ceiling windows, the 10,800-square-foot structure also acts as an art gallery within the sculpture park. What’s more, architect Bjarke Ingels says the dramatic bridge was specifically designed to blend in with its artistic surroundings. 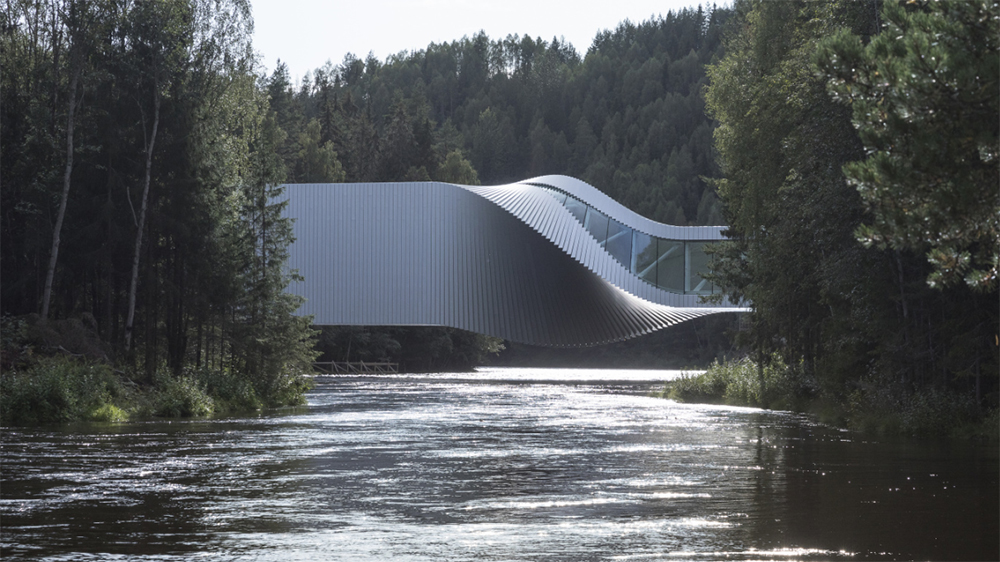